Fair warning: this post is full of pictures of baked goods. I can’t claim responsibly for any impulsive cake-baking that may result from reading further.

This is the second post in this series. The first half, here, focused on responses to whether “frosting” and “icing” were different things, or different words for the same thing. This post gets a little more in-depth. In the first part, I was just asking people what they thought they said. In the second part, I was asking them to pick words for specific pictures. It’s not a perfect design–by asking people what they think they saw first I primed them pretty heavily–but it does reveal some interesting patterns of usage.

The main thing I was interested in was this–did people who said frosting and icing were interchangeable for them actually use them as if they were the same? Why is this a good question to ask? Because  it turns out that a lot of the time people aren’t the best judges of how they use language. Especially if there’s some sort of “rule” about how you’re “supposed” to do it. For example, there’s something of a running joke among linguists how often people will use the passive voice while they’re telling people not to! I don’t think anyone would intentionally lie about their usage, but it’s possible that respondents aren’t always doing exactly what they think they are.

I split my dataset into people who said they thought the words “frosting” and “icing” meant the same thing and those who thought they were different. In the charts below these groups are labelled “same” and “different” respectively. For this stage of analysis, I left out people who weren’t sure; there weren’t a whole lot of them anyway. 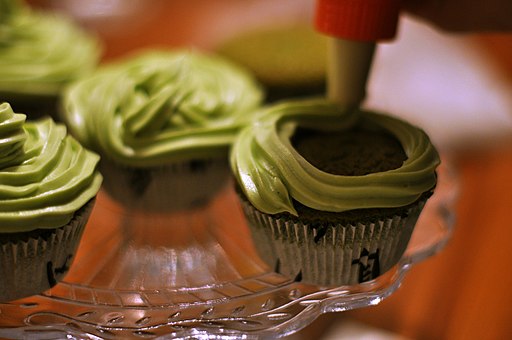 So this picture was a pretty canonical example of what people brought up a lot–it’s on a cake, and it’s been both whipped and piped. For a lot of people, then, this should be “frosting”. So what did people say?

The results here were pretty much what I expected. (Whew!) People who thought the words meant different things pretty much all thought this was “frosting”. And there was a pretty strong different between the groups. But this still doesn’t answer some of my questions. Is it the texture that makes it “frosting” or, as the AP Styleguide suggests, the fact that it’s on a cake? After all, you can definitely put buttercream on a cookie, as evinced by Lofthouse. 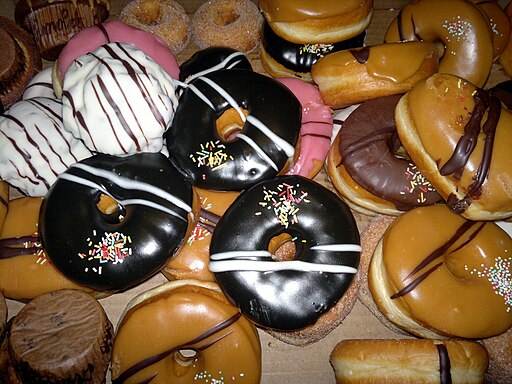 Next I had some doughnuts. A lot of people, when I first started asking around, brought up doughnuts as something that they thought were iced rather than frosted. So what did people say?

That does seem to hold true.There was no strong difference between the groups, but there were also a lot of write-in answers. (“Glaze” was especially popular, which, for the record, is probably what I’d say. ) So there seems to be more variety in what people call doughnut toppings but there is a tendency towards “icing”. 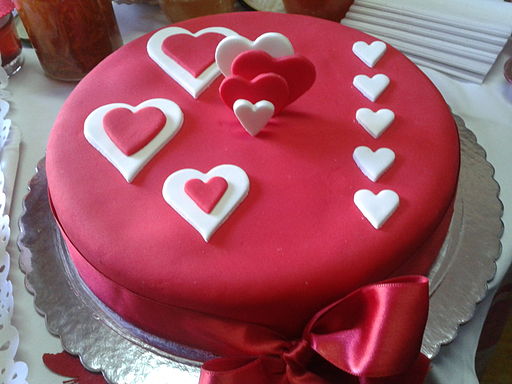 Ok, so this image was a bit of a trick. The cake here is covered in fondant. Which, to me, isn’t really frosting or icing. But if it’s really “being on a cake” that makes something “frosting”, we should see a strong “frosting” bias from people with a distinction.

And that’s just not  the case. There’s also a pretty big difference between the groups here. Interestingly, people who thought “frosting” and “icing” are different things were more likely to write in “fondant”. (Remember that level of baking knowledge had no effect on whether people said there was a difference or not, so it’s probably not just specialized knowledge.) 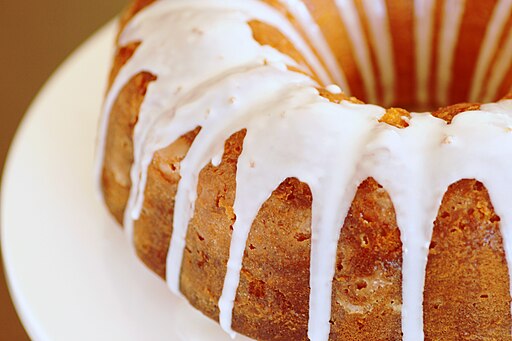 I included this image for a couple of reasons. Again, I’m poking at this “on a cake” idea. But I also had a lot of people tell me that, for them, the distinction between the words was texture-based. So responses here could have gone two ways: If anything on a cake is frosting, then we’d expect frosting to win. But, if frosting has to be fluffy/whipped, then we’d expect icing to win.

And icing wins! This is no surprise, given the written results summarized in my previous post and the responses for the cake pictures above, but for me it really puts the nail in the coffin of the “on cakes” argument. (Take note, AP Styleguide!) Even on this one, though, people with no distinction are much more likely to be able to use “frosting”.

So this is an interesting one. I included it because, for me, cinnamon rolls are synonymous with cream cheese frosting/icing. Since several people I talked to said specifically that cream cheese had to be frosting and not icing, I was expecting a large “frosting” response on this one.

That was definitely not what I saw, though. (Although people with no distinction were much more likely to be able to say “frosting”, so I guess I came by it natural.) Most people, and especially people with a distinction, thought it was “icing”.

So there are two main takeaways here:

That’s not to say that these things will always hold true; no one knows better than linguists that language is in a constant state of flux. But for now, these generalizations seem to hold for most of the people surveyed. So if you’re going to make a usage distinction between these words, please make one that’s based on the actual usage and not some completely made-up rule!

A final note: if you’re interested in seeing the (slightly sanitized) data and the R code I used for analysis, both are available here.

2 thoughts on “What’s the difference between frosting and icing?”